And as much as we can do with graphic design, SEM/PPC, organic SEO, copywriting, social media, etc, it’s true.

So what’s the silver bullet? 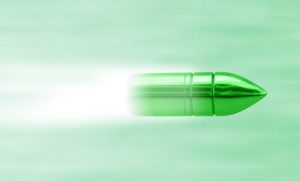 If you’re looking for the silver bullet of small business marketing, you can make a case for “word of mouth.”

How may times do you try a new restaurant simply because you drive by it? Probably not many.”

Now how many times do you try a new restaurant because a friend tells you it’s good? Probably a lot more often.

Birds of a Feather

A business advisor once told me the only way a CEO will hire you is on recommendation of another CEO. You may be thinking “I run a small local business, I don’t need to appeal to CEO’s.” Everyone is the the CEO of purchasing decisions. Every potential customer is a CEO to a small business owner.

Now that I’m not so busy, I need to find some work.

As I grew, I realized that those phone calls equated to future work. The concept of the “Pipeline” started to enter my awareness.

A friend ran a successful SEO business. He told me “if it’s only going to take me five minutes, just do it. The goodwill you will generate with this customer will pay off in the long run.” So I did, and that’s pretty much what happened. My customers became accustomed to being able to talk to me. When they needed something done, they called me.

Today I had very different customer service experiences with three different businesses. Those experiences made this point so dramatically, I decided to post about it. Drive Group is located near Daytona Beach/Port Orange in Ormond Beach. Being in coastal central Florida, we get the occasional threat from a hurricane. The last hurricane to threaten the Daytona Beach area was Matthew in November. It didn’t hit us, but it was a big, scary storm and did quite a bit of damage. It pretty much got everyone’s attention.

As I write this ten months later, we have another big storm bearing down on us and people are paying attention. Honestly, the storm was not even on my radar yet when I went to buy a flashlight and was told by an incredulous (and slightly scolding) employee working the floor at a local hardware store, that there had been a run on them the day before and all they left was on aisle 18, which he led me to practically clucking at my unpreparedness as we walked.

So I stand there in Aisle 18–feeling slightly embarrassed and uncomfortable. I pick out a flashlight that does not require “D” batteries, because I have been told by the employee, “…and don’t even think about “D” batteries, those have been gone since Saturday.” Implying–not so subtly–that responsible people all have their flashlights, bucko.

I thought, why should I be embarrassed about this? Admittedly, I probably should have been aware that the storm’s projected path included my beloved Daytona Area, but I personally feel that weather coverage has become a bit over-dramatized in the last decade or so, and it has desensitized me a bit (but that’s another blog post). But regardless of that, I should not have been embarrassed because I was standing there in a business trying to spend money, isn’t their end goal to have me think of them as a place to buy a flashlight? Or should I think of them as a place that I felt slightly embarrassed and uncomfortable the last time I was there?

The next day, I was out at lunch, and this time I was buying hurricane supplies. There are only three places in town that sell what I needed (Let’s call them Store A, Store B, and Store C). After my experience with the flashlight, this time I called ahead to see who had what I needed. Store A answered the phone by barking “We have x-supply and y-supply, what do you want?” I said I want “x-supply.” Okay, but there’s a line, he said.

Feeling a bit like i did at the hardware store, I called Store B. This time the person very politely told me that, yes sir, they had x-supply.

Guess where I went? I never even called Store C.

While I was there, the clerk that was ringing me up was also in charge of answering the phone. Every time she put it down, it would ring again. She would dutifully pick it up, and mostly say no, they were out of whatever it was (probably water or ice). She would then apologize and tell them to check back. No shame, no clucking for waiting too long to buy supplies, just good customer service.

I got home and told my wife about Store 1 and Store B. She said she had just seen a friend of ours post on Facebook about how polite everyone had been when she was at Store B buying supplies. So she went on Facebook and posted that we’d had the same experience.

So what does it matter?

Now what does all of this have to do with Small Business marketing? The customer service I received at the hardware store, Store A, and Store B, led to word-of mouth about all of them. And the one that had good customer service got a minimum of 3 mentions in the community about their service. How’s that for word of mouth? Which as we said earlier, is the silver bullet of small business marketing?

I am not going to mention the names of the first two businesses described in these scenarios. Because the reality is, the employees are people just like everyone else. They are likely as stressed out about the storm as I (eventually) was and am as I write this. And we all understand how difficult it can be to stay composed during a difficult day at work, not to mention when you have a massive hurricane threatening your community.

But Store B deserves to be recognized, it is the Publix on US1 in Holly Hill. It is staffed by people just as worried about the storm as everyone else–and they are getting at least as many phone calls–but they are able be friendly and sympathetic to the needs of the community–their customers.

How do they do it?

Is it that they have better people as employees at those businesses? I doubt it. Is it that their managers regularly remind them that being polite will improve their small business marketing effort? Definitely not. More likely is that their managers made a point to remind them that the people that are on the other end of the phone are probably having the same day you are, we’re all in this together, so be polite. 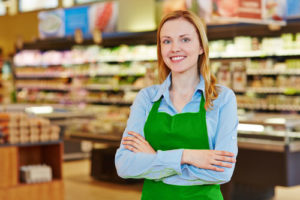 Publix is no longer a small business. So small business marketing is not a concern for them anymore–and has not been for sometime. They started out as small business though, and great customer service is part of their core business values. After all, the Publix motto is “Where Shopping is a Pleasure.”